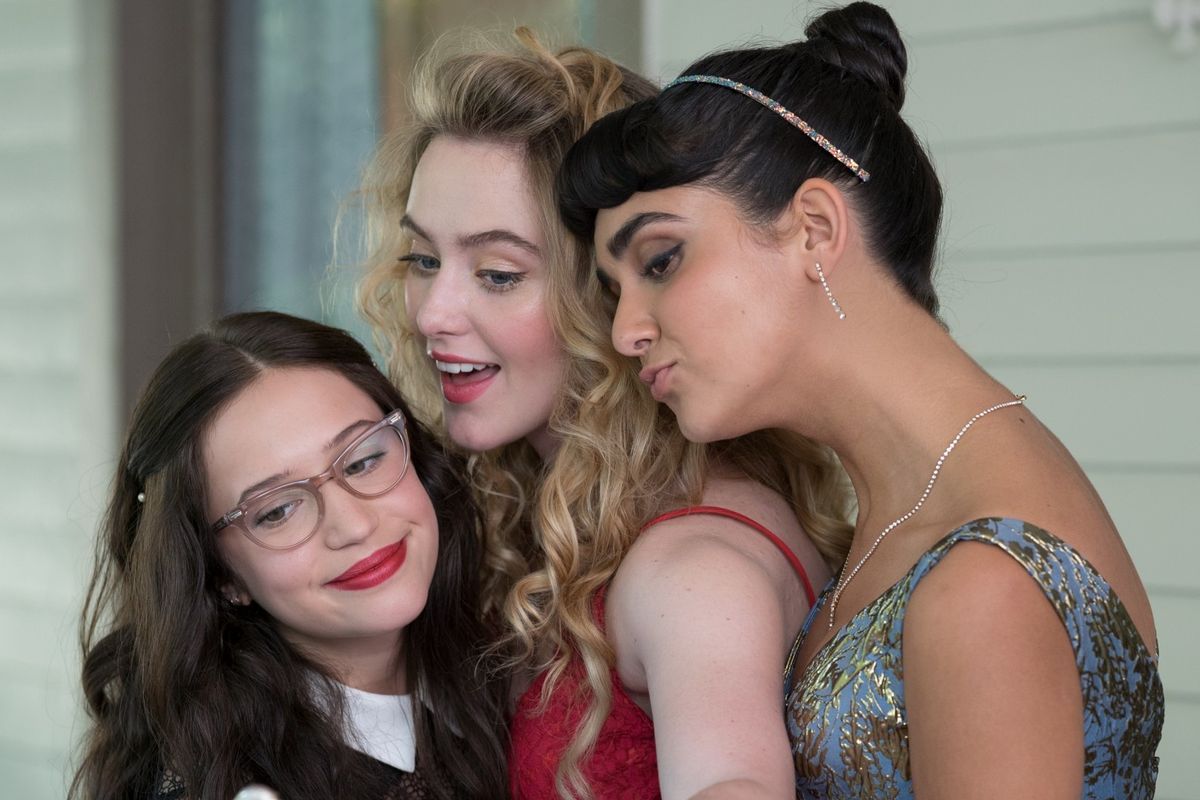 I was in definite need of a pick-me-up after these last couple of weeks. As someone that struggles with seasonal depression, the constant buildup of snow and ice combined with intense negative temperatures really started to bring me down. It’s difficult to want to do anything when you’re stuck in weather like that, so I found myself curling up and perusing through streaming services. There’s always a wide array of things to choose from, but when I’m feeling down I always find myself re-watching personal favorites that I can rely on. One movie in particular that I ADORE and always manages to lift my spirits is Kay Cannon’s Blockers, which you can watch right now on HBO! It warmed my heart right up when it was -50 degrees outside, and I’m SURE it’ll have the same effect on you.

Blockers tells the story of three high school girls who collectively make a pact to lose their virginity on prom night. Their parents, played to hilarious perfection by Leslie Mann, John Cena, and Ike Barinholtz find out about the girls’ plan via Mann’s daughter’s opened laptop -- in an exchange of emoji’s on iMessage that’ll crack you up -- and become determined to stop them before they can do the deed. Though the plot is in the same vein as some ’90s and early 2000’s teen rom-com's, Blockers takes a step into an untouched territory to bring us a fresh, empowering, and downright uproarious story.

For starters, the girls Julie, Kayla, and Sam, played by Kathryn Newton, Geraldine Viswanathan, and Gideon Adlon respectively, have an undeniably genuine friendship. It’s the kind that’s heartfelt and realistic. There’s no cattiness or a need for one to outshine the other, they’re loving, supportive, and kind. It reminded me of the female friendships that I’ve cultivated over the years – the ones that make you feel happy and whole because they’re there to bolster you and bring joy into your life. Not only that, but there’s never an aura of pressure in the air. The exploration of their sexuality is one that they all decide to do on their own. The girls have this sort of wild freedom in the way that they act and speak with one another -- something that’s often seen with young men in similar genre films -- that has them speaking what’s on their mind and not being held back by bias or judgments. It's exciting to see the exchanges between them on-screen because it feels different. It’s a major step up for a genre that’s all-too-often kept young women behind a safe line.

The other half of the narrative follows the girls’ parents and the personal journeys they endure while on this crazy escapade. For Julie’s mom, Lisa, it’s understanding the fear she has for her daughter that she may make the same mistakes she did at her age. For Kayla’s dad, Mitchell, it’s the fear of his sporty, tom-boy daughter maturing and blossoming into a young woman, and not knowing how to handle the next stage. And for Hunter, Sam’s dad, it’s the realization that his daughter is unsure of her sexuality and could end up sleeping with someone that she doesn’t even like. Each parent is battling a need to control their child and fear of them growing up, but watching the three of them evolve is what makes this movie so delightful and helps bring everything full-circle in the end.

Kay Cannon directed an incredible comedy that’s heartwarming, filled with important messages for viewers of all ages and delivers a whole bunch of laugh-out-loud moments that will have you beaming all the way to the end. Not only that, but it’ll probably have you blasting Hailee Steinfeld’s “Love Myself” for the rest of your day. No? Just me? Fine then!