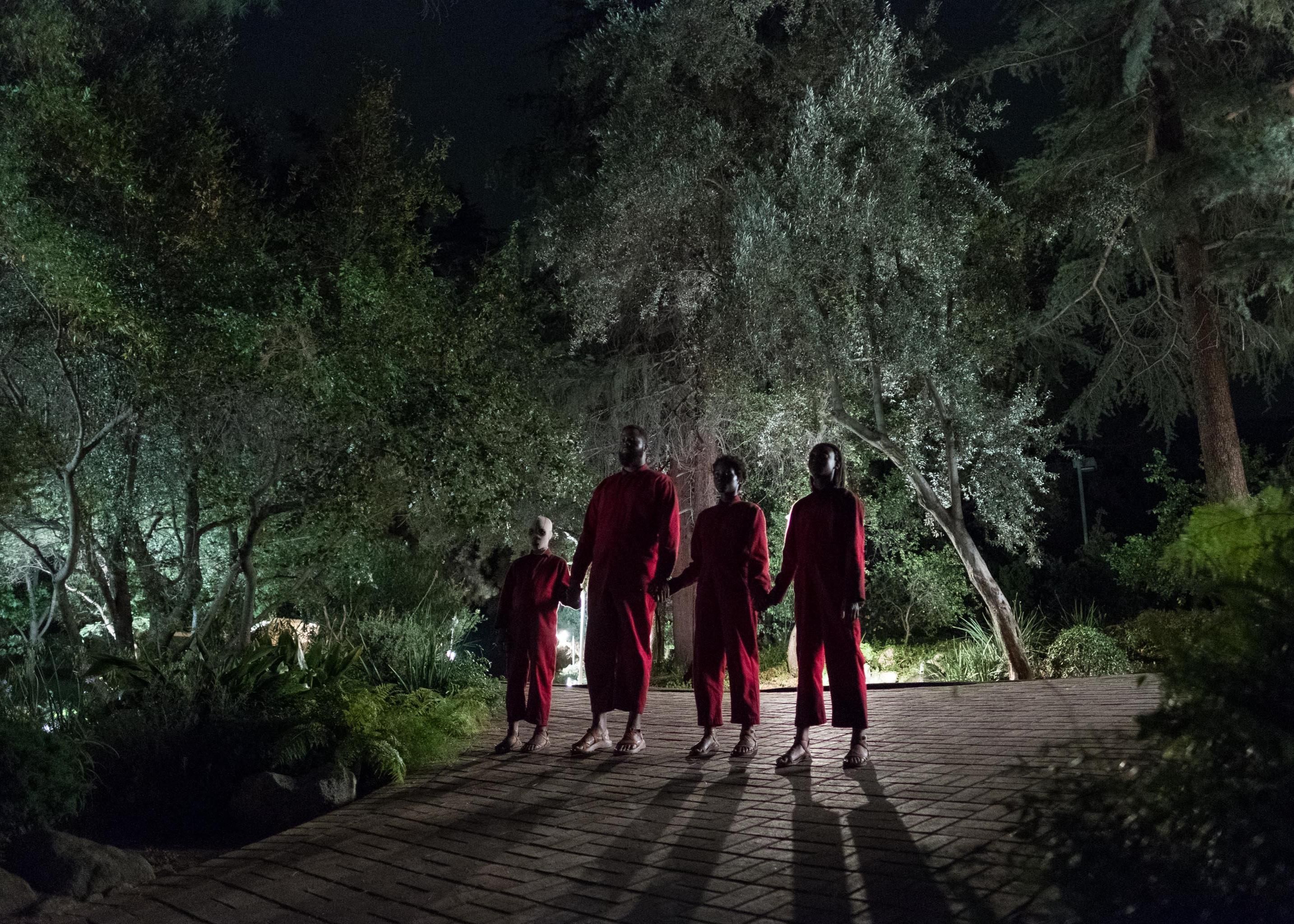 Writer-Director-Producer Jordan Peele proved to the world in 2017 that he has the rare and magnificent ability to tackle genres on opposite ends of the spectrum. He ditched his sketch comedy past with Key and Peele and dipped his toes into the horror genre. His debut feature, Get Out, was so highly praised that it went on to win an Academy Award for Peele’s original script. He also managed to accomplish something that I’ve rarely seen happen in the film community – people from all over the world were collectively excited for his next feature. I can’t remember the last time I’ve seen a group of people, discounting the Marvel, DC, and Star Wars fan bases, buzzing about what he could possibly be cooking up next. He brings movie lovers of all kinds together, and It’s a miraculous thing to watch unfold.

Peele’s sophomore feature, Us, puts an American family at odds with monsters that I’m sure many people have also found fear in confronting – themselves. The film starts off with a title card explaining that there are slews of abandoned tunnels hidden underneath the United States, then transitions into a “Hands Across America” commercial from 1986 which, if you’re unfamiliar, was a Reagan-era fundraiser where six million people formed a "chain" across America to help raise money for the homeless. Once the commercial cheerfully plays through, we flip to our next scene with a young Adelaide (Madison Curry) playing games with her father at a carnival off of the beach in Santa Cruz. She roams around aimlessly in an over-sized Thriller t-shirt and finds herself roaming a little too far off. She winds up in an abandoned hall of mirrors on the beach and begins making her way through the reflective and desolate halls. Peele builds tension with a precise perfection that keeps the audience on their toes. When the lights go out, Adelaide attempts to find the exit but is stopped in her tracks by someone who looks exactly like her, but it’s no reflection.

From here, the movie cuts to the present day. Adelaide is now married to fun-loving and goofy Gabe (an instantly lovable Winston Duke) with whom she has two children, Zora (Shahadi Wright Joseph) and Jason (Evan Alex). The family dynamic is extremely enjoyable – it’s difficult not to love the Wilson’s. Especially when Gabe gets overly-excited about his new boat, screaming “CRAWDADDY” as he laughs and cruises in circles. Little moments like these are filled with genuine hilarity, helping to further absorb you into these peoples’ lives and the world around them. The atmosphere quickly shifts gears when Gabe suggests going to the beach in Santa Cruz, coincidentally the same beach with the hall of mirrors that Adelaide wandered into all of those years ago. We see a look in her eyes that screams terror, but the family goes anyway. It’s here that we meet their neighbors Josh (Tim Heidecker), and Kitty (Elisabeth Moss), a couple with a vastly different dynamic from Adelaide and Gabe. Between the two of them, Elisabeth Moss’ Kitty oozes charisma and steals every scene she’s in with her razor-sharp wit and take-no-shit personality. She’ll almost always have you keeled over laughing, and that’s the true beauty of this film; it expertly balances humor and tension to keep its viewer engaged and excited.

That night, four people adorned in red jumpsuits holding golden scissors show up in the Wilsons' driveway. The tone shifts to a home-invasion thriller as the strangers scatter and find various ways to get into the house, making their way to the living room where each family member can now see their faces. “It’s us,” Jason exclaims as the others, who are called “The Tethered”, stare back at them with fear-inducing eyes.

Each actor relishes in the role of their opposite, but no one more so than Lupita Nyong’o. She took her other half, named Red, and ran the extra mile… and then some. Red is physically, emotionally, and vocally different from Adelaide. It’s a feat that will go down in history as one of the all-time greatest female performances in a horror movie, and you can quote me on that. From here, the story slowly expands from home-invasion thriller to something far greater than many could imagine.

To say I loved this movie is an understatement. Sophomore Slump be damned, Peele brought something bigger and bolder to the table. The buildup of tension is astounding, not only through expertly framed shots from cinematographer Mike Gioulakis but with its haunting score by Michael Abels that’ll have you reeling for days after your first viewing. In a Q&A post-movie, Peele stated that “the movie is about this country […] I was stricken by the fact that we are in a time where we fear the other. Maybe the monster has our face, maybe the evil is us.” It’s a statement that can resonate with everyone, especially with the current state of our country. The film is so richly layered that every viewing is bound to uncover something new and exciting.

Jordan Peele has firmly cemented himself as a masterful filmmaker, not just in the horror genre, but in the industry as a whole. We’re witnessing this generation’s Alfred Hitchcock unfold before our very eyes, and he’s definitely found a life-long fan in me.